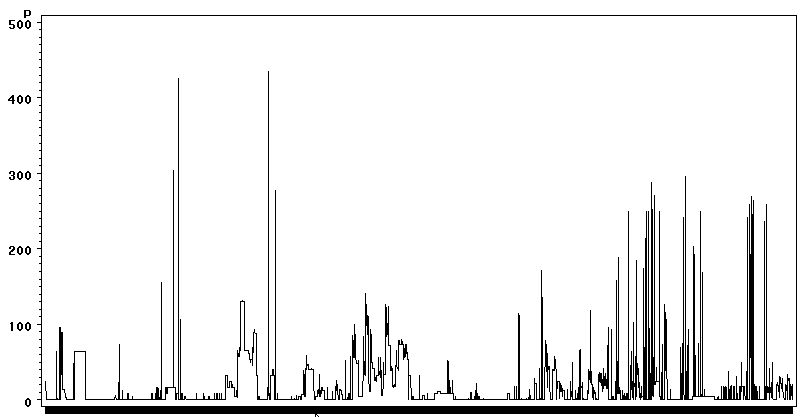 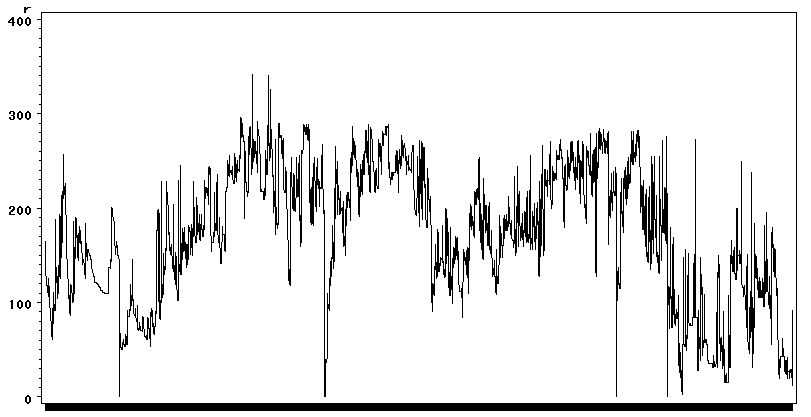 The maximum running jobs is 288 (total cores/job slots). The peaks beyond that threshold represents our experimentation with overloading the job slots.

That is, you integrate a function (or data) with a complex exponential, which is just a sum of sine and cosine functions.

Practically speaking, suppose f(t) was something like position as a function of time. Fourier transforming will reveal if there are characteristic frequencies of the data. For example, if the f(t) was the position of the pendulum in a clock over time, the Fourier transform would show a huge spike at the frequency of the motion, 1 Hz.

So Tom is wondering if there are some characteristic frequencies hiding in this usage pattern … here is the result:

This is the MEAN number of jobs running/pending over each day. Averaging over the day eliminates some of the extreme peaks, and gives a good idea of daily usage, … here is the result: 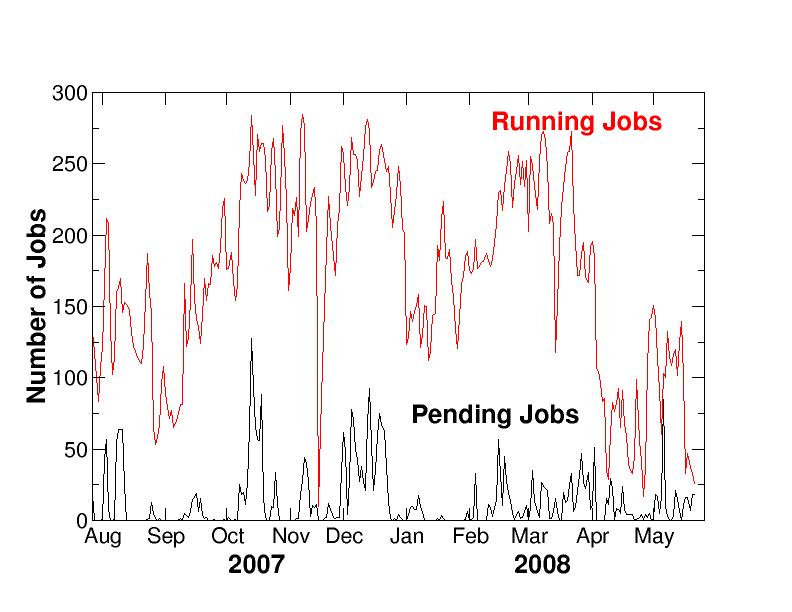 These graphs reflect data that is polled daily. Each day, the stats are calculated that reflect the activity during the last 7 days, for all users, and refer only to jobs whose status is DONE. The last 7 days of data is thus a shifting “weekly” measure; ie not weekly data.

Below is the graph for the total number of jobs processed. Below it is a measure called throughput; it reflects the jobs/hour processed. The final graph is the total cpu consumed in seconds. 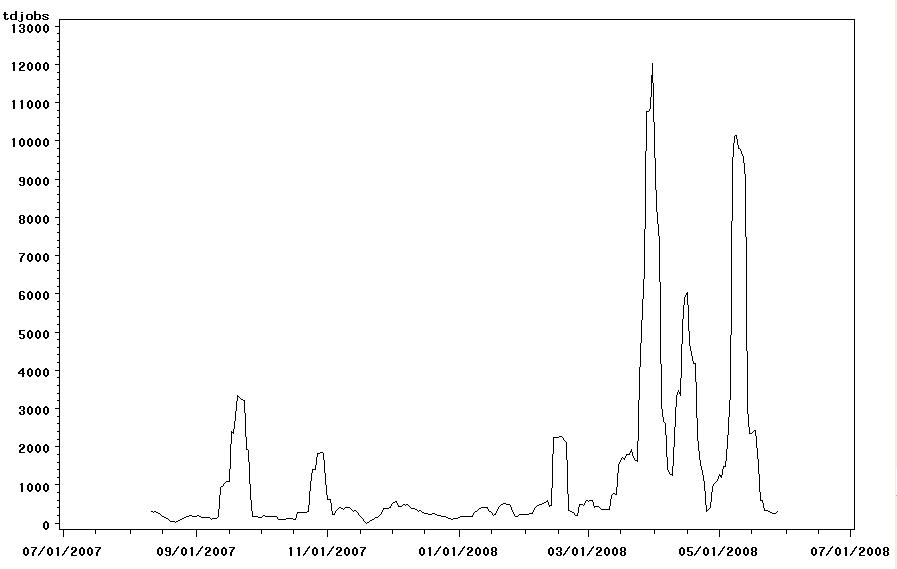 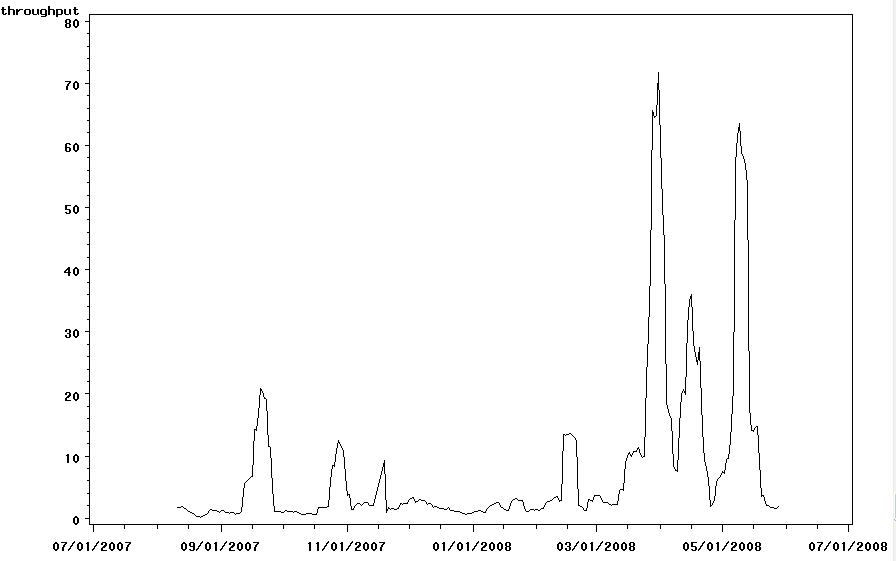 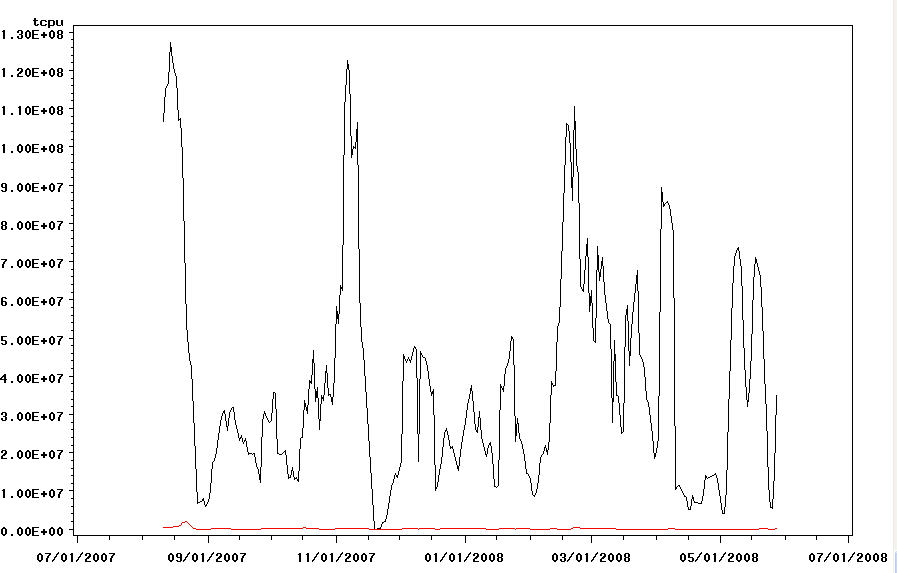