4 racks with blade servers, 52 servers per rack, will be dropped off tomorrow. Not all will be turned on as 5% of the servers are kaput. So the first step is to build a fully working rack. Memory footprint of the servers is either 12 or 24 GB. Chipset is AMD Operon Model 250 single core dual CPUs at 1.0 GHZ.

Since there is no budget we will be installing CentOS with Lava as the scheduler. More details to come.

Two Angstrom racks on each side of Dell racks.

Ha! But not so fast. Cooling capacity wise we could not turn them on today, and electric consumption would be critical. Only one rack holding the 12 GB servers servers is currently slated to be turned into a cluster while one of the 24 GB servers racks is slated to become a virtualization farm for an ITS pilot project.

The rest are for now spare parts. And 5% of the servers have something broken.

But they are pretty cute looking racks. Sort of animated. Thank You Blue Sky (Donation of hardware by Blue Sky Studios) 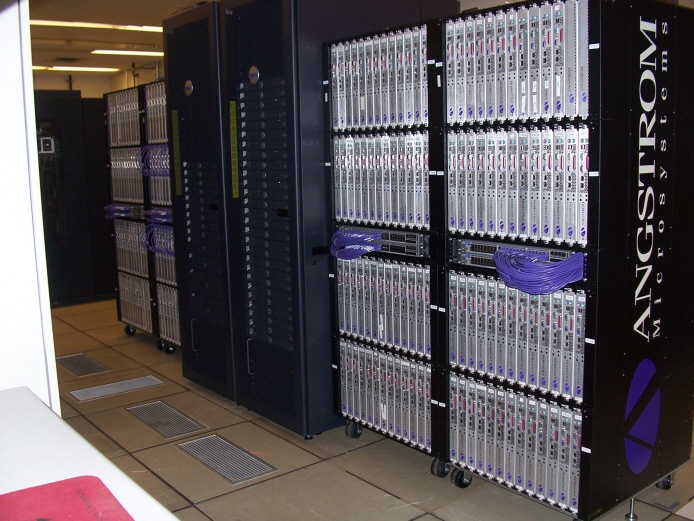 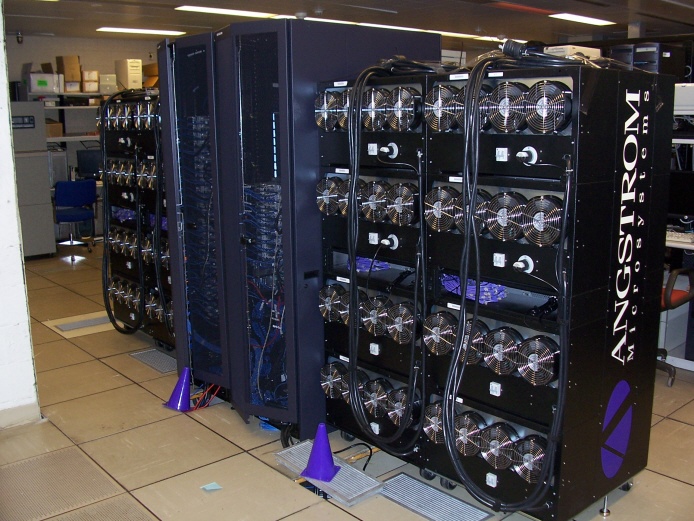